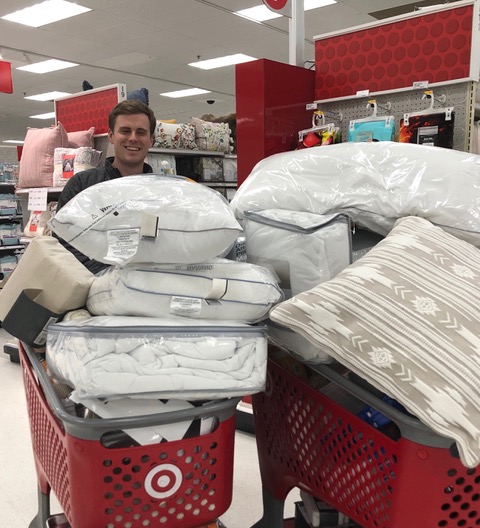 I’m not sure where to begin at this point, but what is certain is that Anita is a life saver.

I’m Conor and I’m a close friend of Anita’s son. I first met Anita many roughly five years ago when she went to Texas to spend Christmas with her son. I should have known what I was getting myself in to then, as the first thing she did upon arrival was beeline it to the closest kitchen to immediately begin organizing, cleaning, and then of course…cooking (she is one of the greatest chef’s I’ve ever met and has already cooked me more meals than my own mother ever did, but that’s another story. Sorry Mom!).

Fast forward a few years and I somehow end up on a cross-country road trip from Dallas to New York to spend a few days at Anita’s acting as her son’s doggie au-pair. Long story short, those few days turned into almost a month, and in that time frame, Anita pitched the concept of We Heave Ho. Now Anita has been doing this line of work for quite some time, but she decided to bring it to the digital age and build a community around the concept of rejuvenating your space and your life. I quickly offered to help with all things web related and so We Heave Ho as it is today, began to take shape.

A few months later, I decided to move to New York City, and the first person I called was Anita. We worked out an arrangement where I would continue to build her website in exchange for room and board while I searched for a new job and a place of my own in Manhattan. As a naïve kid from the Midwest, I figured securing an apartment and moving in would be a piece of cake in the big city. I’d had my own apartments in the past and was decent enough at being somewhat of an adult, but was surprised at how different the game was out in New York. Luckily, I had my now adoptive mother (aka Mom 2) to guide me through the process.

After emptying my bank account and giving up the naming rights to my first born child just to secure the keys to my new place, I was left with the task of furnishing my first apartment in Manhattan. First order of business, drive to target and get everything under the sun I could possibly need. Being a male in my late twenties, I figured a bed and a tv would certainly suffice, but Anita wasn’t letting me get off that easy, and I am grateful she didn’t. Three hours and four shopping carts (and more emptying of the bank account) later, Anita and I managed to successfully get everything I could possibly need for my new space.

To be perfectly honest, I’m not Anita’s typical client. I sold all of my personal possessions before moving, so I had absolutely zero clutter and nothing to organize. But because of her background in real estate and design (and also raising two kids) she is the only one I would trust in a situation like this. I am beyond grateful for her help and have never met anyone as generous as her. I can’t think of anyone more deserving (maybe my own mother?) of a great post like this on Mother’s Day. Thanks Anita!

Experienced Marketing Professional with a demonstrated history of working in the information technology and services industry.

More from our community

How to Create a Home Office That Supports Your Productivity When You’re Tight on Space
The home is not designed to be a workspace, so it will undoubtedly come with many distractions that could affect your productivity. This, however
Alice Robertson
Lifestyle Blogger
Revamping Our Space + Working From Home
Hi, I’m Jess! Mom adventures, wife life, and fitness finds will all be here. I’ll be your dessert enabler and fellow skincare addict. We’ll eat.. 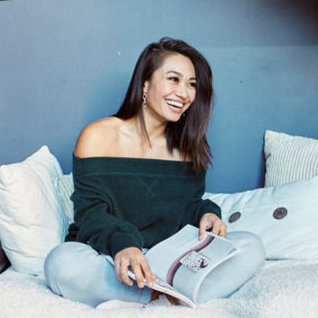